Initially part of a larger scheme encompassing the site of the old Ashludie Hospital in Monifieth, this development will see the construction of 9 houses and 34 flats upon its completion in summer 2017.

In-curtilage parking is provided to all of the houses while the flats are served by two car parks. In addition, bike storage is provided for all properties while existing walking routes through the leafy site have been upgraded to encourage their continued use. 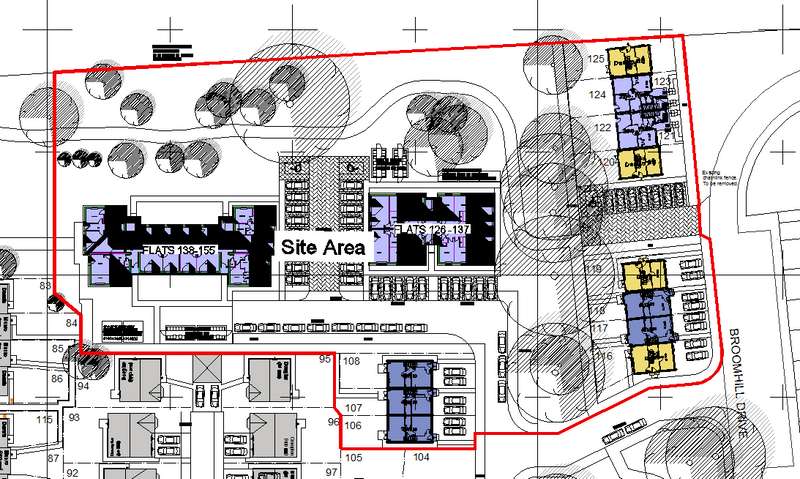